The workplace puppet comedy will launch on the FailArmy FAST channel and dovetails the success of TMB's original programming slate that includes Show Us Your Pets, Your Pranks our Show and World's Most Expensive Fails 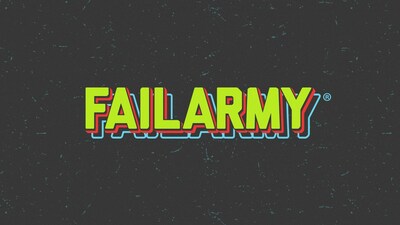 Womp & Co. will follow a crew of zany puppet characters as they comically navigate workplace hijinks and scenarios ranging from stolen lunches, unnecessary meetings, and team-building exercises gone awry, all while working to create, cut, and curate their favorite form of entertainment: humans falling flat on their face. In each episode, the mythical creatures ("Womps") of Womp & Co. will attempt to avoid the Wompocalypse by satiating their kind with premium user-generated fail videos.

"Womp & Co. is unlike anything we've ever done before and I'm thrilled to bring an all-new and original comedy series to FailArmy," said Producer and VP of TMB Digital Studio Dee Austin Robertson. "Jovenshire and I developed this comedic sitcom around our mutual love of puppets and the ability to represent the absurdities of a human office on a much smaller, fuzzier scale."

"FailArmy is so much more than fail videos and the launch of Womp & Co. further amplifies who we are as a brand and where we are headed," said Darren Wadyko, VP of Development, at TMB. "As a leader in CTV and FAST, we're honored to collaborate with talented creatives in this new endeavor and look forward to connecting to our audience by marrying nostalgia with a modern touch and a lot of humor."

FailArmy reaches millions of viewers across the world's top streaming platforms including Roku, Fubo, Pluto TV, and more. New episodes will premiere every Friday at 10 PM ET, with ancillary social releases across YouTube, Instagram, Facebook, and TikTok on Tuesdays. Follow FailArmy on social media for all the latest news and updates about this series.

To watch "Womp & Co." go to https://www.failarmy.tv or visit the FailArmy U YouTube channel.

FailArmy is a leading humor brand and one of the most-watched online video properties in the world, with a predominately Gen-Z and Millennial audience totaling more than 70 million fans on social media. FailArmyTV is the brand's linear comedy channel that streams 24/7 on global ad-supported and subscription video providers. The brand has also spawned a 30-minute syndicated international TV series that airs in 221 territories worldwide. FailArmy is owned and operated by TMB. For more information, visit http://failarmy.com.

TMB (Trusted Media Brands) is the world's leading community-driven entertainment company engaging more than 200 million consumers worldwide across streaming TV, social media, web and print. Our portfolio of brands including FailArmy, Family Handyman, People Are Awesome, Reader's Digest, Taste of Home, The Healthy, and The Pet Collective, is powered by content that's inspired and created by our fans. Together our community sparks curiosity, fuels laughter, and inspires people to live big, full, fantastic lives. Learn more about our brands, our data-driven marketing solutions, our award-winning licensing services, and much more at www.tmbi.com.